The core projects of the Aquatic Cell Technology workgroup deal with establishing and using new long-term cell cultures from a wide range of fish species, with cryopreservation of somatic cells and with the utilization of aquatic resources for the food and animal feed industry. Fish cells are used, as test and model systems in aquatic toxicology and ecotoxicology, for viral research and vaccine development, in the pharmaceutical industry and for regenerative medicine and basic research applications. It is precisely in the pharmaceutical and medical field where alternatives to the currently used conventional methods and constituents are becoming increasingly more interesting, as both the risk of cross-contamination and development of allergies caused by the use of mammalian cells or proteins are high. Therefore, some of the investigations pursued by the Aquatic Cell Technology workgroup concern the targeted manufacturing and use of fish skin collagens for the field of tissue engineering. In particular, various collagen types from aquatic organisms could be used for wound healing as well as bone and cartilage regeneration.

The Fraunhofer EMB uses cryopreservation to preserve cell cultures. In collaboration with the central facility “Cell Culture and Cell Analysis” and associates of the German Cell Bank for Wild Animals "Alfred Brehm” (Cryo-Brehm) project, long-term cell cultures of aquatic organisms are set up and stored in a deep frozen state. Cryopreservation in many areas is also suitable for storing germ cells for a long time. Whereas the cryopreservation of gametes from important breeding races has been well established in the agro-industry for many years, the large-scale storage of fish gametes for subsequent commercial use was only conducted in a few cases. This limitation is based above all on the fact that so far it has not been possible to freeze fish eggs or store them elsewhere for a long time. So far, breeding and long-term securing of the genetic resources of valuable fish species have been very difficult. For this reason, a great deal of research work concentrates on establishing protocols for the deep-freeze storage of sperm or eggs of aquatic organisms. Suitable protocols for many commercially important fish species have already been established; their sperm exhibit comparatively good vitality and motility after thawing compared to unfrozen sperm. Owing to their size, high water content – especially in the yolk sac – and their low-permeable egg membrane, it has not yet been possible to introduce anti-freezing compounds in sufficiently high concentration in fish eggs to prevent the formation of ice crystals. Therefore, suitable cryopreservation processes still have to be developed. Alternative concepts for securing the genetic information of the female gametes involve, among other methods, micromanipulation to transfer egg cell nuclei from a donor to a recipient egg. The Aquatic Cell Technology workgroup takes an active part in these subjects (see project example) The need for cryotechnologies for gametes is growing not only in the agricultural and aquaculture sectors, but also in other fields that increasingly rely on sustainability. Thus, for example, where ocean reefs are being destroyed by marine acidification, climate change or coral bleaching, cryopreservation of certain coral species could contribute to the revival of destroyed reef structures. Here, frozen coral gametes could be selectively thawed and bred when necessary for subsequent reef colonization. A joint project between Israeli and Jordanian scientists and associates of the Fraunhofer EMB aimed at developing a technology and methodology toolbox for securing coral reefs in the future is being planned. Work packages to be performed by the Aquatic Cell Technology workgroup include the further development of cryopreservation for coral sperm, and research work for regenerating coral tissue and cell proliferation. In December 2013, a one-week project trip subsidized by the DFG to visit the project partners took place and German partners gained an impression of local conditions in Jordan and Israel.

An interdisciplinary subject combining the fields of automation and the animal feed industry – and with it also the second pillar of the Aquatic Cell Technology workgroup – is the development of new bioreactors for adherently growing fish cells as raw material for animal feed. A dissertation that advanced this topic a great deal was submitted in 2013. Thanks to this dissertation, many basic principles of three-dimensional cell-growth behavior were established. Moreover, we can now control the production of various important omega-3 fatty acids by varying growth parameters in the fish cell culture. The first rudiments of automated fish-cell production have already taken place in the lab and will now continue in a follow-up project all the way to a large-scale installation.

The development of such key technology would open up completely new opportunities in many areas of bioeconomics. Biomass manufacturing from adherently growing cells is not only interesting for the food and animal feed industry, but would also be significant for manufacturing cosmetic ingredients and larger cell quantities for medical applications. Apart from cell-based biomass production and the protection of natural aquatic resources associated with it, the sustainable utilization of marine products are also a focus of the workgroup.

The food industry is especially interested in a sustainable cascade utilization of aquatic resources. Certain constituents, such as metabolites with antioxidant effects, structural proteins (e.g. collagens), essential fatty acids (e.g. omega-3 fatty acids like DHA and EPA), amino acids and vitamins will increasingly be obtained from the sea in the future. The Technical Center for Applied Food Research (TFAL) is equipped for developing prototypes and products with the typical equipment used in food chemistry, food technology and the food industry. This equipment and instrumentation was expanded further in 2013. The Fraunhofer EMB thus offers the industrial sector a multifunctional platform that meets the hygiene standards of the LFBG and HACCP for developing new foods and food additives. In recent years, trends such as “organic” and “clean label” have become more popular in the food industry. Although the final consumer is better informed than ever before, uncertainty in the population is growing due to ever-recurring food scandals. In addition to freshness and good quality, the natural quality of the food is playing an increasingly important role for consumers. Thus, for example, according to a 2012 survey, 77% of Europeans want food without chemical additives and 71% of respondents would like to have foods only with natural ingredients. Therefore, for food manufacturers, natural alternatives to replace many of the synthetically manufactured food additives are becoming ever more important. The TFAL fosters such product developments in various basic industrial research projects and industry cooperations. Thus, ingredients from various macroalgae have been extracted gently and economically to analyse their uses as additives. In doing so, the effect that various extraction processes have on the product properties of the resulting semi-finished products is investigated. In the fall of 2013, OceanBasis Co. commissioned the TFAL of the Fraunhofer EMB to manufacture a mussel paste on a small scale. The idea is to market this spread similarly to the well-known anchovy spreads from Mediterranean countries. For this project, mussels organically certified after EU regulations from the Kiel Fjord, especially bred and marketed by OceanBasis, were used. As a result of this cooperation, 100 jars of spread made from organic mussels were handed over to the industry as samples. In November 2013, the Technical Center for Applied Food Research (TFAL) was presented as a research partner for the food and additive industry at the Food Ingredients Europe trade fair in Frankfurt. With more than 1300 exhibitors from all over the world and more than 26,000 participating trade professionals, it is one of the largest platforms for innovations in the food and beverage sector.

The associates of the Aquatic Cell Technology workgroup were able to make the EMB with its TFAL known within the food and beverage sector beyond European borders, and they conducted many interesting talks relating to the subject of “Aquatic Raw Materials with Additional Use for the Food Industry.” Initial new industrial contacts have already resulted from this and should lead to more projects in 2014.

Fish stem or progenitor cells extracted from full-thickness skin and scales can be used both as toxicological test systems and for physiological issues without having to conduct animal experiments. Cell characterization using methods from immunocytochemistry and molecular biology has shown that different cell types appear and are further differentiated in the culture. Therefore, one objective is to let cells differentiate purposefully in order to use them in tailor-made assays. Furthermore, these cells can also be used in three-dimensional organ models.

In 2011, a Technical Center for applied food research (TFAL) was set up for application-oriented research on substances of marine origin that have high potential for use in the food industry. The Fraunhofer EMB processes a wide range of resources, manly form integrated multi-trophic aquaculture – from fish meal to ingredients from macroalgae– that can be used in the food industry. The TFAL helps to make these substances available to the food and animal feed industry professionally and efficiently, and researches new formulations and application possibilities.

While aquaculture of carnivorous species, in particular, is still one of the fastest growing agri-business branches, fishing stagnates worldwide. Fish meal produced through in-vitro cell cultures, shown to contain highly valuable fish oils, could be used in aquaculture as feed additive or replacement, to take pressure off the already low natural fish stocks. This cell meal is already being produced in the labs of the Fraunhofer EMB in small scale. Current research focuses on developing bioreactor systems capable of producing a sufficient quantity of cell mass to carry out initial feeding tests.

For many fishes kept in aquaculture, there are few molecular tools currently available. For this reason, we degenerate primers to identify new homologous sequences in economically important species. Moreover, antibodies from homologous mammalian proteins are tested for their cross-reactivity in fishes and are used for immunofluorescence stains of cells and tissue.

Micromanipulation is a recognized method to manipulate cells and carry out transformations under microscopic control. With the help of (fluorescent) dyes, cell developments such as those of an embryo can also be understood. Instruments for the micromanipulation of cells and fish eggs are used at the Fraunhofer EMB.

At the Fraunhofer EMB, cells from marine and fresh water fishes are isolated and long-term cell cultures are established. They are characterized by a wide range of methods to determine the best growth parameters. To achieve this, gene and protein expression is analyzed with PCR und immunofluorescent dyes, impedance-based tests are carried out with the xCELLigence® system, and FACS analyses are performed to determine the cells’ extent of ploidy in high passages.

The zebrafish (Danio rerio) is a valuable model organism in research. For this reason, it is also bred at the Fraunhofer EMB to develop in-vitro models or to use its eggs for embryological issues 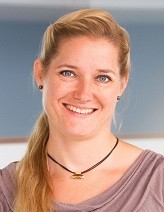