Thorsten M. Buzug was born in Lübeck. He received his PhD in 1993 in applied physics at the Christian-Albrecht-University in Kiel in the field of analysis of nonlinear dynamical systems. From 1993 to 1994 he was a research associate at the Research Institute of the German Armed Forces for Waterborne Sound and Geophysics (FWG) in Kiel. There he was involved in the signal processing of underwater sound systems especially for sonar applications. At the end of 1994 he moved to Philips Research Laboratories in Hamburg. There he was head of the research cluster for medical image processing and managed several projects in this field. In October 1998 he was appointed Professor of Physics and Medical Technology at the RheinAhrCampus Remagen. There he was also chairman of the Academic Development Committee from 2000 to 2004 and chairman of the joint Scientific Council of the departments from 2004 to 2006.

In December 2006 he became director of the Institute for Medical Engineering at the University of Lübeck. There he also served as Vice President of the University of Lübeck from 2011 to 2016. In 2020, he was additionally appointed by the Executive Board of the Fraunhofer-Gesellschaft as executive director (acting) of the Fraunhofer Research Institution for Individualized and Cell-Based Medical Engineering IMTE.

Philipp Rostalski was born in Niebüll, Germany in 1978. He received his Diploma in Electrical Engineering (Dipl. Ing.) with focus on Measurement and Control from the Hamburg University of Technology, Germany, in 2004.

In 2005 he joined the Automatic Control Laboratory at ETH Zürich, Switzerland as, where he worked at the interface of algebraic geometry, optimization and control. After several international research exchanges, he completed his Ph.D. in 2009. His thesis was awarded with the ETH Medal for outstanding Ph.D. theses.

In 2009 he joined the Department of Mathematics at UC Berkeley and later in the year 2010 also the Department of Mechanical Engineering as a Feodor Lynen Fellow of the German Alexander von Humboldt Foundation working on problems in applied mathematics, most notably: convex algebraic geometry graphical.

Between 2011 and 2015 he was a research engineer and project manager for mechatronics applications at the Dräger Research Unit in Lübeck, Germany. He was responsable for projects in signal processing and control with focus on pneumatic systems and respiratory care.

Since 2015 he is the director of the Institute for Electrical Engineering in Medicine, Universität zu Lübeck, Germany.

In 2020 he joined the Fraunhofer-Gesellschaft as a director of the Fraunhofer Research Institution for
Individualized and Cell-Based Medical Engineering.

Carsten Schulz was born in the agriculture dominated region of Vechta in Lower Saxony. He graduated at the Humboldt-University in Berlin in agricultural sciences, specializing in inland fisheries and aquaculture. After two years of employment in the private sector, Mr. Schulz was then able to complete his PhD thesis at the Leibniz Institute of Freshwater Ecology and Inland Fisheries in Berlin from 1999 to 2002. During this time, he investigated the treatment of aquaculture effluents from trout farming in various types of constructed wetlands. Subsequently, Mr. Schulz worked as Junior Professor for Aquaculture at the Humboldt-University in Berlin and investigated fundamental aspects in fish nutrition and reproductive physiology. In 2007, Mr. Schulz then received an appointment to the Professorship of Marine Aquaculture at Christian-Albrechts-University in Kiel at the Faculty of Agricultural and Nutritional Sciences.

The professorship was combined with the scientific supervision of the Gesellschaft für Marine Aquakultur mbH in Büsum until December 31, 2021. Here, Mr. Schulz focused on fundamental and applied research topics for the sustainable aquaculture development and he developed numerous research projects and alliances. In addition to nutritional-physiological work, his research activities also focused on topics related to the health and reproduction of fish. Mr. Schulz has published a large number of scientific papers and he is a member of the university focus "Kiel Marine Science" of the Christian-Albrechts-University in Kiel and active in various professional societies and boards.

Following the integration of the Gesellschaft für Marine Aquakultur into IMTE, Mr. Schulz joined Fraunhofer Gesellschaft as Director of the Fraunhofer Institution for Individualized and Cell-Based Medical Technology since 01.01.2022. 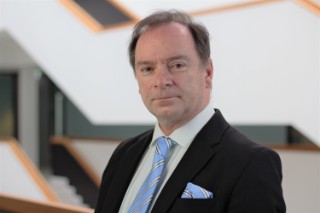 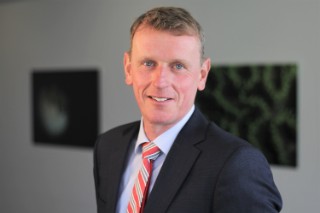