Through research & development on and in our experimental aquaculture systems, we contribute to technological progress in the field of aquaculture farming systems. In doing so, we develop new utilisation concepts for already established systems such as land-based integrated multitrophic aquaculture (IMTA) systems.

In IMTA concepts, the nutrients used in feeding the fish are used multiple times in the form of fish feed.  Although there is no more nutrient-efficient way to produce animal protein than aquaculture (excluding insects), fish can only convert less than half of the nutrients contained in fish feed into biomass. The rest (particulate and dissolved nutrients) ends up in the water and can, however, be utilised by invertebrates and eventually by plants or algae to produce further valuable biomass. Therefore, IMTA has very great potential in the field of bioeconomy and circular economy.

Other focal points are the development of innovative technological solutions in the field of water treatment, fish keeping and monitoring.

Expand all Close all

The absence of continuous water exchange and thus the decoupling of environmental influences in closed recirculation systems allows aquatic organisms to be produced with minimal impact on the surrounding ecosystems, as hardly any dissolved nutrients are released into the receiving waters. However, with reuse rates of up to 99% of water, this leads to accumulating metabolic end products, nutrients and minerals in the farming system. The higher the water reuse rate, the higher the demands on and challenges for the water treatment technology used.

In the working group, research is being conducted on the type of accumulating substances as well as on increasing the efficiency of the filter technology from the point of view of filter performance, but also energy consumption.

In the research field of aquaponics, aquaculture production of fish is combined with hydroponics, the substrate-free cultivation of crops. In this form of closed-loop culture, the nutrient-rich wastewater streams from the fish culture are passed on to the crops, the dissolved nutrients are thus utilised and the water is purified. Both system components benefit from this form of culture. The recirculated water is less polluted with nutrients and on the plant side savings are possible in fertiliser addition. Fish species used include tilapia and African predatory catfish. In the hydroponic part of the systems, many different types of plants can be produced, from herbs (e.g. basil) to certain types of vegetables (e.g. tomatoes, lettuce, pumpkin). In addition, aquaponics as part of the circular bioeconomy can also be combined with other sustainable production methods, thereby closing further material flows into cycles. In the project "I love fish", for example, the larvae of the black soldier fly (BSF) were reared with organic residues from vegetable production and utilisation. These larvae can be used either directly as fish feed or as raw material (dried and ground as protein powder) for fish feed production. This project example also shows that aquaponics offers a wide range of possible applications. From high-tech facilities for regional or even urban production of high-value organisms in industrialised nations to the "low-tech" variant in the poorest regions of the world for self-sufficiency. Accordingly, the current challenges of the sector also include a wide variety of questions depending on the area of application: from the fruit crop culture of high-priced species to the identification of optimal nutrient conditions in the culture for different species to studies on the economic viability of such integrated, circular systems under the conditions of rural regions in developing countries.

The aquaponics sector is constantly developing in various directions, new species are regularly being developed and existing systems optimised, depending on the area of application. At Fraunhofer IMTE, the potential of the technology has been recognised and the sector has already been shaped by its own research. With the plant technology and the know-how on site, the department is also ideally positioned to tackle future challenges and research questions in the research field.

Nutrient use at all levels

In order to design sustainable and future-oriented aquacultures, the concept of integrated multitrophic aquaculture, IMTA for short, is being researched at Fraunhofer IMTE. In an IMTA, not only fish but also other aquatic organisms such as algae, mussels or worms are cultivated in the same water cycle or body. Following nature's example, an artificial ecosystem is created in which all organisms benefit from each other: Algae, mussels and worms use the nutrients that are introduced into the water via the fish to grow and at the same time biologically purify the water again. This minimises the nutrient load in the wastewater and at the same time produces more usable biomass.

This concept can be implemented in the sea and on land, both forms bringing their opportunities and challenges. On land, water quality needs to be monitored and controlled more closely, but through this control, production can be optimised at the same time. The optimisation of energy flows also plays a major role. In the open sea, the focus is primarily on not burdening the surrounding ecosystem, so the individual components must be precisely coordinated.

In a land-based IMTA at the Lübeck site, various organisms are being tested for use in such plants on a semi-industrial scale and the interaction between these organisms is being researched. Among other things, work is being done with sea bass and salmon, various indigenous macroalgae species and sea worms. This research is intended to pave the way for the IMTA concept in industry and provides valuable information for the cultivation of new species in aquacultures.

Raw material of the future

In order to meet the challenges of our time, it is critical to develop new resources. The diversity of macroalgae species on our coasts is great, with a multitude of applications, but they are still little used in Europe. They are not only interesting as a protein-rich and healthy food, but can also be used as a raw material for bioenergy or bioplastics, for example. Various extracts from macroalgae can be used as biostimulants or are used in cosmetic and pharmaceutical products. Macroalgae can also be used as animal feed and have positive effects on animal health.

The Fraunhofer IMTE is working on making this wide range of possible applications really usable. To this end, the propagation and cultivation of different species is being optimised; there are still many challenges to be overcome here due to the complex reproductive biology. Cultivation in different systems is also being considered, for example, algae are being grown on ropes in order to grow them in the sea, but various land-based systems are also being developed and tested. Furthermore, new species are evaluated and tested in order to develop new, valuable species for aquaculture.

Research and development in the areas: 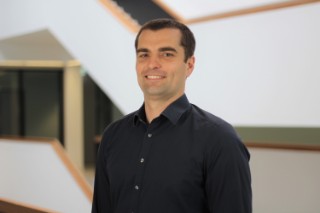 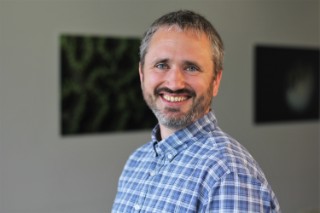