Fish is an important source of protein and, according to the Food and Agriculture Organization of the United Nations (FAO, 2020), 7% of human protein needs were met by marine resources in 2017. In 2020, 178 million tonnes of fish were provided by fisheries and aquaculture, with 89% used for direct human consumption (FAO, The State of World Fisheries and Aquaculture, 2022).

In industrialised countries, consumers prefer fish fillets due to the lower preparation effort, as a result of which up to 70 % by-products are produced during the industrial processing of fish and shellfish, depending on the fish species and season. Due to the growth of the population, increasing prosperity and the resulting increased demand for animal protein, there is a need for action. For both ecological and economic reasons, these by-products should therefore be made available for human consumption. In addition to the ecological concerns, there is an increased interest on the part of the fishing industry to produce marketable products on the basis of by-products, as this can increase the value of the overall fish product.

The German Nutrition Society recommends eating fish once or twice a week, because fish not only function as a source of protein, but also offer a beneficial fatty acid composition for human nutrition. Salmon is characterised by a high protein content and a high proportion of omega-3 fatty acids. This composition was used in this project to develop a protein-rich snack product. The increasing market share in the area of (protein-rich) snack products and the increasing demand of consumers for products with added health value, while at the same time using natural ingredients ('clean label') can thus be served.

The prototype development of the fish snack was based on the typical characteristics of established snack products on the market. These are characterised by both a crunchy consistency and a savoury taste. Colour and shape should also correspond to a snack in order to avoid consumer irritation.

In addition, the consumer's taste expectation of a product made of fish should be fulfilled. The mechanical engineering company Baader, which specialises in fish processing, among other things, developed the "Baadering" process for the production of salmon mince. This semi-finished product was the starting material for the food technology development.

On a pilot scale, it was possible to produce a crispy, savoury fish snack with a protein content of just under 25 % in relation to the total calorific value. Thus, the snack product may be declared as a "protein source" as well as "with a high protein content" according to Regulation (EC) No. 2006/1924. The amount of omega-3 fatty acids is also higher than the minimum amount required by the EU for a nutrition and health claim.

The snack may be declared as a source of omega-3 fatty acids and bear the health claim "for the maintenance of normal cholesterol levels, normal vision, normal brain and heart function". These are statements with high relevance for the health-conscious consumer. Visitors to the Baader GmbH + Co KG in-house exhibition were already able to convince themselves of the taste.

Conversion of a fish by-product into a protein-rich snack with a beneficial fatty acid spectrum. 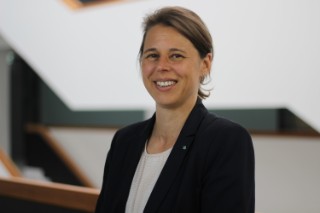